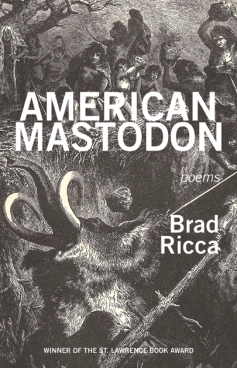 No surprise to us: The Rumpus raves about Brad Ricca’s “entertaining, bold, and wholly original” poetry collection, writing “Few poets choose to share poignant emotions with a cheeky smile and a sly wink. It is rare indeed when a poet manages to successfully blend comedy with genuine emotional insight, but that is exactly what Brad Ricca has accomplished with his first collection, American Mastodon.” To wit: there’s a poem in here titled “Bartleby and Emily Dickinson’s First Date.” What more do you need to know? (Read the review here, buy the book here.)

A Fascinating and Enthralling Book of Poetry

It’s short and–most importantly–sweet: a new review of Ink for an Odd Cartography by Michele Battiste in the August issue of Midwest Book Review.

The world possesses some strange geography, and not all of it is the environment. “Ink for an Odd Cartography” is Michele Battiste’s analysis of the landscape of life through poetry, hoping to map the needs and desires of people to better understand them. A fascinating and enthralling book of poetry, “Ink for Odd Cartography” is a great pick. “Sunday, March 14”: I have something to tell you./I went to your place to water your plants and found the toilet running./I fixed it, folded towels, washed a cup, picked away dead leaves./Still, your water bill is going to be phenomenal.

You can get your copy here. 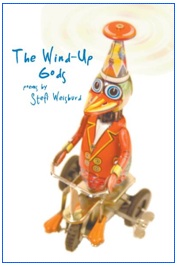 We are thrilled to report yet another glowing review of one of our poetry titles. In the current issue of Pleiades, Amy Beeder reviewed The Wind-Up Gods by Stefi Weisburd. Here are just a few of the wonderful things that she had to say:

“(T)his is no poet of the muddy mainstream.”

“For those…who like their poems wild, dense, and cerebral, those of  us who like their language (as Roger Weingarten put it) ‘worked like Rodin worked clay,’ it is unreservedly and enthusiastically recommended.”

“Another thing to recommend this poet is the range and often sheer loopiness of her subject matter and tone.”
If you are looking for something wild, dense, cerebral, and delightfully loopy, get your copy of The Wind-Up Gods here.

Michele Battiste “knows the latitudes and longitudes of love in the twenty-first century.”

Black Lawrence Press is very pleased to announce that Michele Battiste’s Ink For an Odd Cartography has been reviewed in the July/August issue of American Book Review. In Walter Hess’s review of this scrumdiddlyumptious poetry collection, he wrote:

“The book is wise and, surprisingly, for a book of poetry in 2009, reading it provides for a great deal of fun.”

“Battiste’s range is large. Her map is vast. She knows the latitudes and longitudes of love in the twenty-first century. To travel among the sites she points out is to know that they are accurate.”

To read the entire astute and glowing review, pick up a copy of American Book Review. Also, if you have not done so yet, you can get your own copy of Ink For an Odd Cartography here.

The Unemployed Man Who Became A Tree 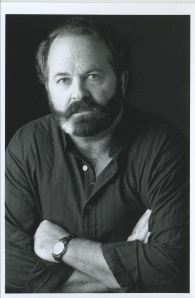 Black Lawrence Press is very pleased to announce the recent acquisition of The Unemployed Man Who Became A Tree, a poetry collection by Kevin Pilkington. This title will be available from BLP in 2011.

Kevin Pilkington is a member of the writing faculty at Sarah Lawrence College and teaches a workshop in the graduate department at Manhattanville College.  He is the author of six collections: his collection Spare Changewas the La Jolla Poets Press National Book Award winner and his chapbook won the Ledge Poetry Prize. His collection entitled Ready to Eat the Sky was published by River City Publishing as part of their new poetry series and was a finalist for an Independent Publishers Books Award. Another collection entitled In the Eyes of a Dog was published by New York Quarterly Books.  His poetry has appeared in many anthologies including Birthday Poems: A Celebration, Western Wind, and Contemporary Poetry of New England.  Over the years, he has been nominated for four Pushcarts and has appeared in Verse Daily.  His poems and reviews have appeared in numerous magazines including: Poetry, Ploughshares, Iowa Review, Boston Review, Yankee, Hayden’s Ferry, Columbia, Greensboro Review, North American Review, Gulf Coast, Valparaiso Review.

Black Lawrence poet Larry Matsuda will read from his book A Cold Wind from Idaho at the Washington State History Museum in Tacoma, Washington on Veterans Day, November 11. The reading begins at 2 o’clock and lasts until 4. 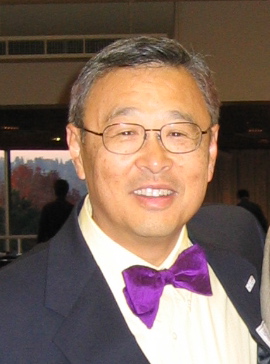 LARRY MATSUDA was born in the Minidoka, Idaho War Relocation Center during World War II. He and his family along with 120,000 Japanese and Japanese Americans were held in one of ten concentration camps without a crime and without due process for approximately three years. Matsuda has a Ph.D. in education and was recently a visiting professor at Seattle University. He was a junior high language arts teacher and Seattle School District administrator and principal for twenty-seven years. He studied poetry under the late professor Nelson Bentley at the University of Washington and has participated in the Castilla Poetry Reading Series there. He has read his poetry at numerous events in Washington, Oregon, and Idaho, including the famous Kobo at Higo’s venue in Seattle’s International District with his mentor, Tess Gallagher. His poems appear in the Poets Against the War website, The Raven Chronicles, and the International Examiner newspaper. In 2005 he and two colleagues co-edited the textbook Community and Difference: Teaching,Pluralism and Social Justice, Peter Lang Publishing, New York. The book won the 2006 National Association of Multicultural Education Phillip Chinn Book Award. He lives with his wife, Karen, and son, Matthew, in Seattle and is a consultant presently helping to re-design schools as better physical learning environments.

TAR Named One of the Best On-line Literary Magazines

TAR named one of the best on-line literary magazines

Black Lawrence Press original publication The Adirondack Review, founded in April 2000, has been named one of the best on-line literary magazines by Every Writers Resource: 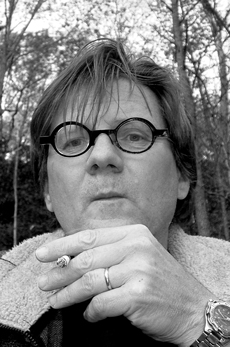 James Reidel and his Gitanes

One of BLP’s first authors, the lovely James Reidel, has informed us that he is the recipient of a $10,000 NEA translation grant. James has published poems in The New Yorker, The Paris Review, TriQuarterly, The New Criterion, Ploughshares, and other journals since the mid-1980s. He is the author of Vanished Act: The Life and Art of Weldon Kees, published in 2003 by the University of Nebraska Press. His translation of two of Thomas Bernhard’s poetry cycles, In Hora Mortis and Under the Iron of the Moon, was published as a single volume by Princeton University Press. Our warmest congratulations go out to Jim.

Announcement: Winners of All Contests Will Be Posted on Site

It is no longer necessary to send a SASE (self-addressed, stamped envelope) with your contest entries or regular submissions. All authors should check the site for status of contest entries. Authors sending regular (i.e., non-contest) submissions will be notified by e-mail, so please be sure to include a valid e-mail address with all work.

This is old news we are transferring from our website, but nonetheless, it happened one summer…

Black Lawrence has moved! We are now located in New York City, but will always be grateful for the peaceful upstate surroundings that made the founding of a literary press especially wonderful. We are growing faster than we ever thought possible in such a short time, so moving to New York City, center of the publishing world, was just the right idea.