Lawrence Matsuda will read from his poetry collection A Cold Wind from Idaho at the Elliot Bay Book Company this Friday, October 29. The book store is located at 1521 10th Avenue in Seattle.

For those of you in the NYC area, you’ve got two chances to hear Matthew Gavin Frank read from his two most recent titles: Sagittarius Agitprop, a poetry collection that came out from Black Lawrence Press last summer and BAROLO, his memoir about working in the Italian Piemontese food and wine industry. Here’s the info:

Tuesday, August 10, 6 PM
The Bowery Poetry Club
308 Bowery  (Between Houston and Bleecker)
Wednesday August 11, 7 PM
Barnes and Noble
150 East 86th Street (Lexington)
We hope to see you there! But if you can’t make it to either of the events, you can order a copy of Sagittarius Agitprop from the Black Lawrence Press website or Amazon.

For those of you in the Duluth area, mark your calendars for August 7th. Paul Kilgore will be reading from his short story collection Losing Camille at Northern Lights Books which is located at 307 Canal Park Drive. For more information about the bookstore and directions, follow this link.

If you can’t make it to Paul’s reading in Duluth, you can order a copy of Losing Camille from Amazon or the BLP website. 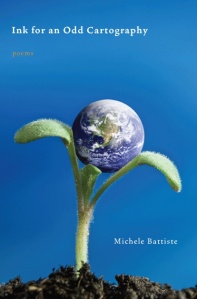 Colorado-based poet Michele Battiste will be reading in Pittsburgh on Sunday, June 20 and Tuesday, June 22! Michele’s book Ink for an Odd Cartography was a finalist for the St. Lawrence Book Award and was released by Black Lawrence Press in 2009. Pittsburgh denizens can catch Michele at either (or both!) of the following events:

A House Called Art — Poetry and Music to Benefit The Homeless Children’s Education Fund — Providing Hope through Learning
Sunday, June 20, 7 p.m. — 10 p.m
$10 donation at door for an evening filled with song and words: 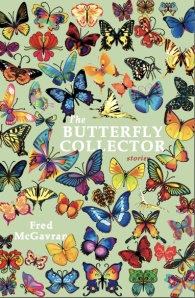 Fred McGavran, author of The Butterfly Collector, has two events coming up this month.

He will also be featured during the Local Authors Night at Joseph Beth Bookstore in Cincinnati, Ohio at 7:00 PM on Tuesday, May 25th. Joseph Beth is located at 2692 Madison Road.

The Butterfly Collector, which won the 2007 St. Lawrence Book Award,  is full of people you know: a beautician, a lawyer, a man with Alzheimer’s who takes his first nightcap at three in the afternoon. But each of these thoroughly knowable protagonists is faced with a situation that causes them to become extraordinary. In these stories, Fred McGavran is both author and investigator, out to prove that every person has at least one really good story to tell.

If you can’t make it to either of these events, you can also get a copy of the book from Amazon or Black Lawrence Press.

Black Lawrence Press–and its fantastic stable of writers–invites you to read, drink, and be merry on Friday, April 9th at 7:30 PM. Join us at Lola for drinks as we toast the release of The Giving of Pears by Abayomi Animashaun. The Giving of Pears won the Hudson Prize in 2008. Readings by Hayden Saunier (Tips for Domestic Travel), Paul Kilgore  (Losing Camille), and Michele Battiste  (Ink for an Odd Cartography).

Email diane@blacklawrencepress.com if you have a question about this event.

On March 17th at 7 PM Steve Gillis, author of Temporary People, will read at Crazy Wisdom Bookstore in Ann Arbor. And is daughter, Anna Elizabeth, a talented singer/songwriter and vocalist, will perform.

Steven Gillis is the author of the novels Walter Falls (2003), The Weight of Nothing (2005)—both finalists for the Independent Publishers Book of the Year and ForeWord Magazine Book of the Year—and Temporary People (2008) a finalist on many year end  Best  Of lists. Steve’s stories, articles and book reviews have appeared in over four dozen journals. A collection of Steve’s  stories titled Giraffes was published in February, 2007. A second collection of  Steve’s stories, The Principles of  Landscape, will be published by Black Lawrence Press in 2011.  Steve’ newest novel, The Consequence of Skating, will be out in late 2010. A 3 year member of the Ann Arbor Book Festival Board of Directors, and a finalist for the 2007 Ann Arbor News Citizen of the Year, Steve taught writing at Eastern Michigan University and is the founder of 826michigan and the co-founder of Dzanc Books in partnership with Dan Wickett. All proceeds from Steve’s writing go to Dzanc.

Anna Elizabeth is an Ann Arbor bred singer/songwriter who has peformed numerous times at the Ark, the Chelsea Festival and other venues. A gifted guitarist and vocalist, already an accomplished performer–Anna is 15 years old but her material has the sound of  an old soul.  Anna is currently in the studio recording her first CD. Anna is also the daughter of Steve Gillis and will be travelling with Steve this fall as they tour to promote their work.

Rachel Galvin and Paul Muldoon at the Bowery Poetry Club

At 6:00 PM on Saturday, March 13th, Paul Muldoon will introduce Rachel Galvin at the Bowery Poetry Club. Rachel Galvin will be reading from her collection Pulleys & Locomotion, which has already received some outstanding praise: Ilya Kaminsky has called her “a visionary poet.” According to James Longenbach, “Pulleys & Locomotion is a capacious, riveting book.” And Susan Stewart says that the poems within “are alive with intense colors, clear edges, and continually resonating sound.” $4 at the door.

We hope to see you there!

P.S. More info about (and directions to) the Bowery Poetry Club here.

Saturday, February 20th will be an all-star evening at The Bowery Poetry Club. The reading lineup includes Bruce Cohen, David Rigsbee, Marcela Sulak, and Kevin Pilkington and will be emceed by Associate Editor Angela Leroux-Lindsey.

Bruce Cohen’s book Swerve was released by Black Lawrence Press just last week. David Rigsbee, winner of the Spring, 2009 Black River Chapbook Competition, is the author of The Pilot House, which is forthcoming from BLP. Marcela Sulak’s collection Immigrant will be released later this month. And Kevin Pilkington’s The Unemployed Man Who Became a Tree will be published as part of the 2011 BLP catalogue.

The event is $4 at the door and open to the public. We hope to see you there!

Feb. 9: Anis Shivani Reads at The Twig in San Antonio

On February 9th at 5 PM, Anis Shivani, author of Anatolia and Other Stories, will read at The Twig in San Antonio. The Twig is located at 200 East Grayson. For more information, call 210-826-6411.