Pulled From the River 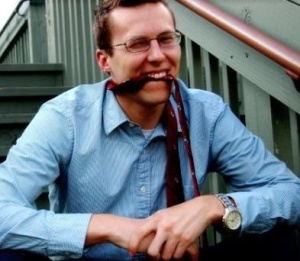 We at Black Lawrence Press are pleased to announce that we have accepted Jon Chopan’s novel Pulled From the River for publication.

Founded in 1803, Rochester has grown to be one of the most populace and economically prosperous communities in the state of New York.  Still, its success is also a lesson in failure.  From its one time dominance of the world flour market, to the rise and fall of the Erie Canal, to the steady decline of its largest employer, Kodak, Rochester’s story is a complex one of continued highs and lows.  Pulled From the River, which will be available from BLP next year, explores how the history of the city and its enduring legacy has impacted a generation of working class people.

Jon Chopan received his MA in history form SUNY Oswego and his MFA in creative nonfiction from The Ohio State University.  His writing has appeared in journals such as Glimmer Train, Redivider, Hotel Amerika, and Drunken Boat, and he has been nominated for a Pushcart Prize.  Jon is currently trying to win his second Stanley Cup in NHL 2010 and when he isn’t doing that he is teaching, reading, and grading comp. papers.  Jon is a visiting lecturer at The Ohio State University at Newark.

This entry was posted in fiction, novels and tagged Jon Chopan, Pulled From the River, Rochester. Bookmark the permalink.

2 responses to “Pulled From the River”